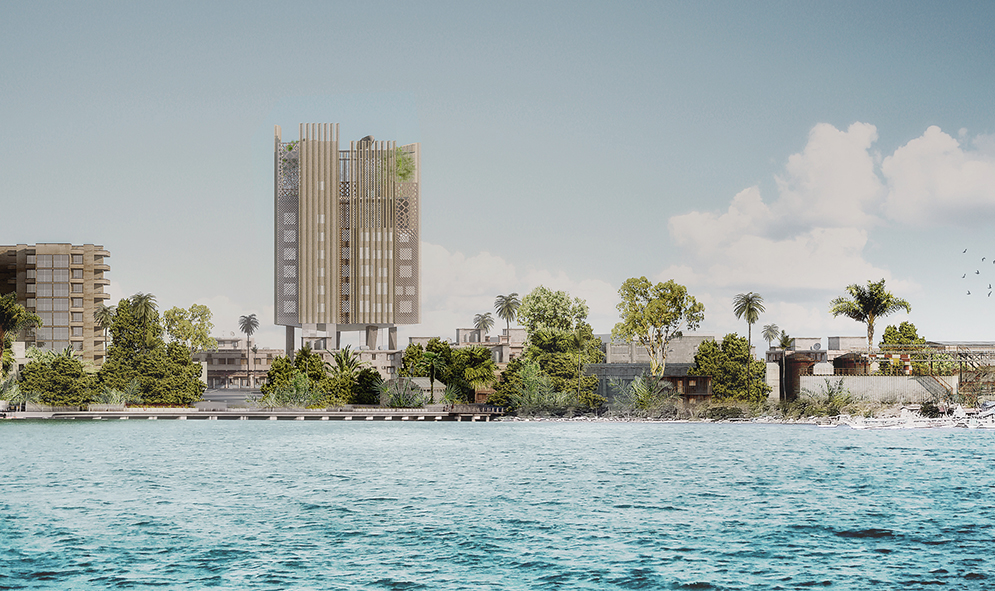 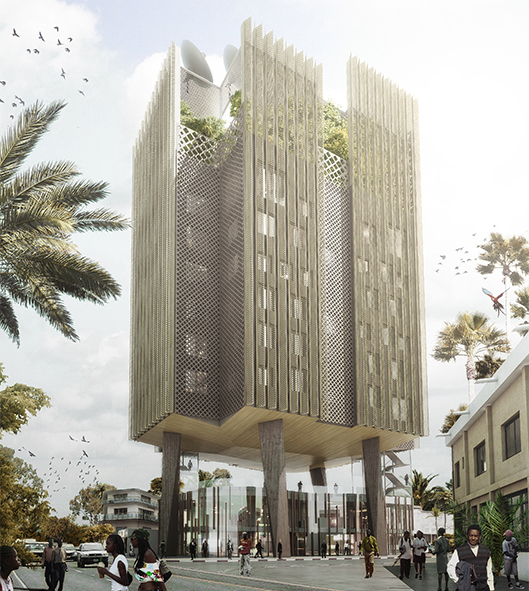 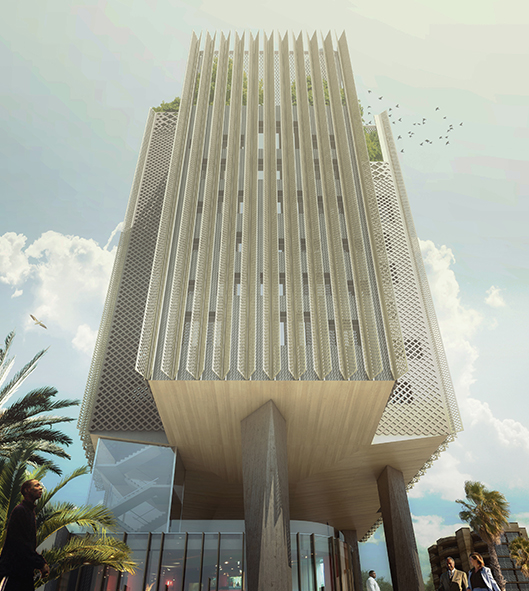 The ambition of Africanews is to represent recognised media which will extend throughout the whole of Africa. With this in mind, the building we propose is distinguished by its expression and presents a powerful visual impact in the Brazzaville skyline all the way to the Congo river. We have conceived the Africanews Tower as a sculptural, elevating building, the bearer of an African poesy in its materiality, its tonalities and the interplay of relief and hollows which characterises the façades.  Its vertical proportion is accentuated by the facets of the envelope in relief and hollows, which stretch it upwards and give it a sculptural effect of depths of field and magical contrasts of light and shadow.  The effect of contrast between the different facets is accentuated by the materiality of the envelope in openwork concrete, which projects geometrical shadows onto all the façades: the hollow facets are cloaked with light claustra in openwork grained concrete with a lozenge pattern placed in front of the façade, which broadens gradually towards the summit of the building by way of terraces so as to lighten the built mass visually and permit a certain transparency towards the city, the Congo river and Kinshasa.  The facets in relief, for their part, are covered by V-shaped sunshades, also in openwork concrete, which bring a dynamic, geometrical texture which plays with the reflected light. The different facets of the tower can be the supports for the Africanews signs. 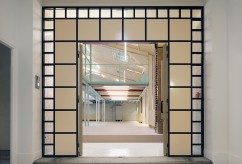 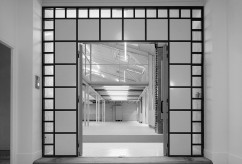 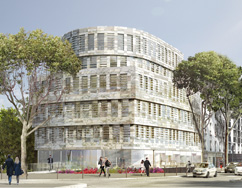 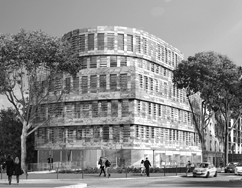 An office building with alabaster façades facing the Seine riverfront