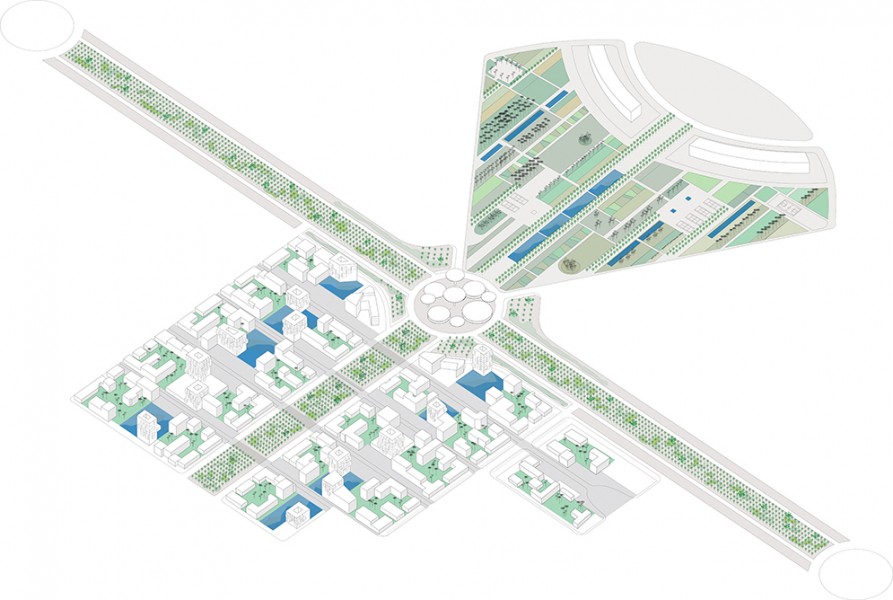 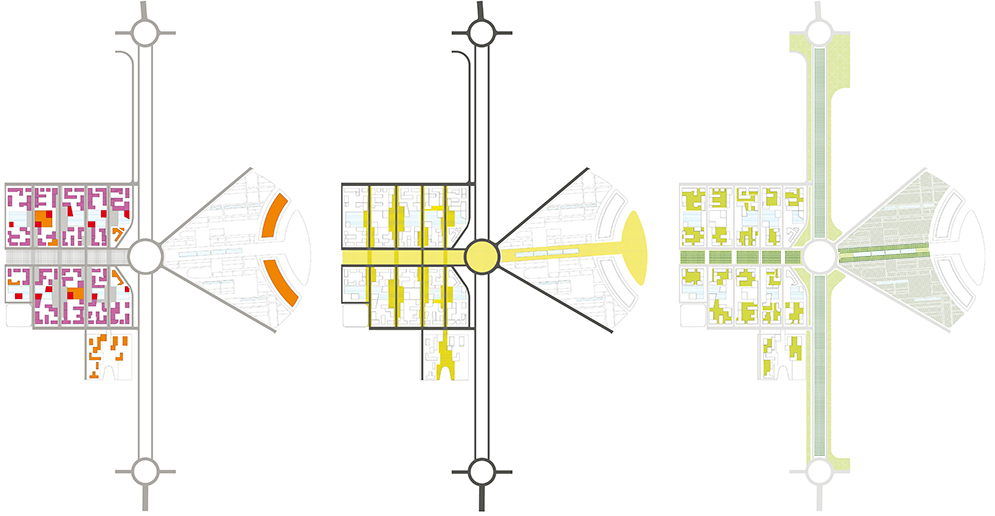 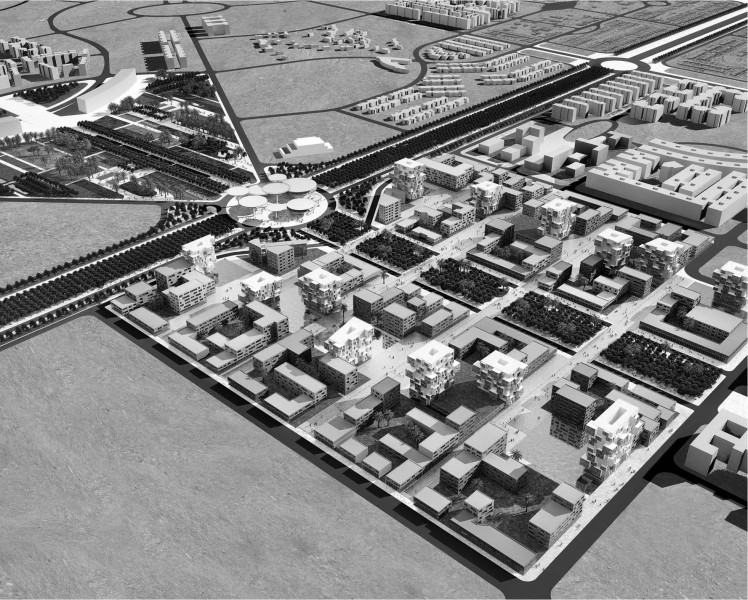 Tamansourt is perceived as a single, compact architectonic structure on a greater scale than individual buildings.  Inspired by the stone Agadirs and the Kasbahs of the broad south, the town centre becomes a presence in the landscape. By creating alleys which cross the depth of the blocks and become favoured public spaces, the heart of each block is developed as an important urban and programmatic destination. Structural facilities and office buildings, which are taller than the rest of the town, are articulated around pools which are a reminder of territorial management in Marrakesh (the Agdal pool at Menara). The town centre becomes the opportunity to develop a new centre of tertiary activity, at once coherent and diversified, which will be able to give Tamansourt a territorial vocation other than being merely a dormitory town for Marrakesh.  From the intersection of the two Structural roads, a new public space emerges at the heart of the town centre.  Rather than a simple roundabout, this new place becomes the town’s natural heart.  The urban parasol, a true urban landmark, gives a new scale and a new value of use to this place in the heart of the town. To give the town centre a new identity, and to ensure that the whole territory is developed and not just “ribbons” along the main roads, we have proposed to reverse the texture of urban planning along the main road perpendicular to the highway. 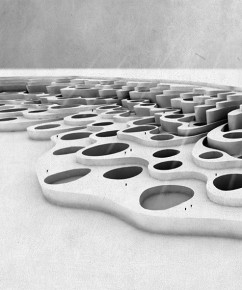 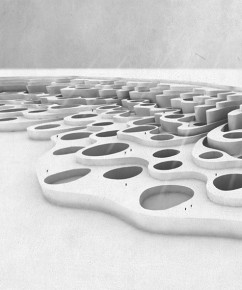 A strong and symbolic figure in the Florentine urban landscape, the octagonal form of the Baptistery of San Giovanni