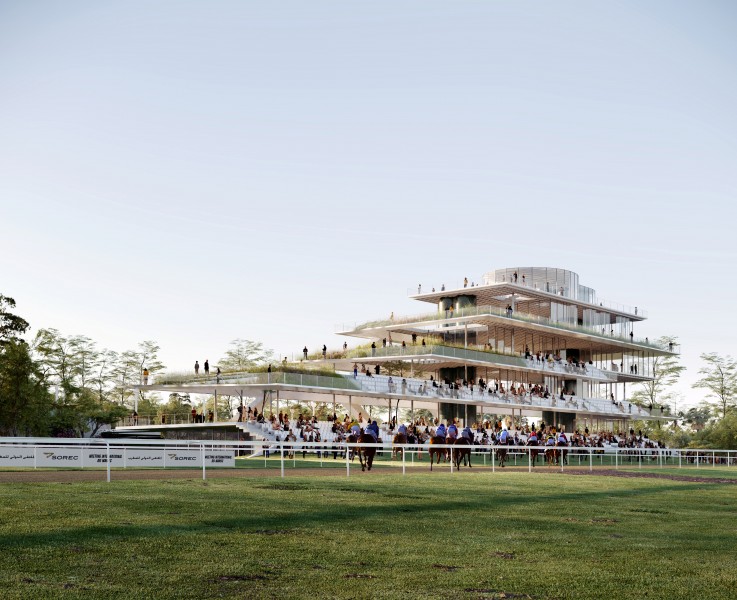 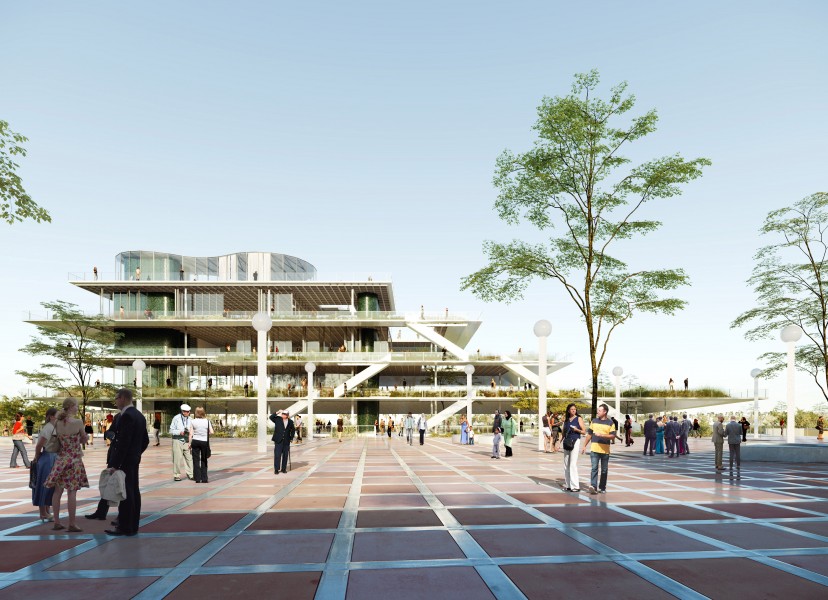 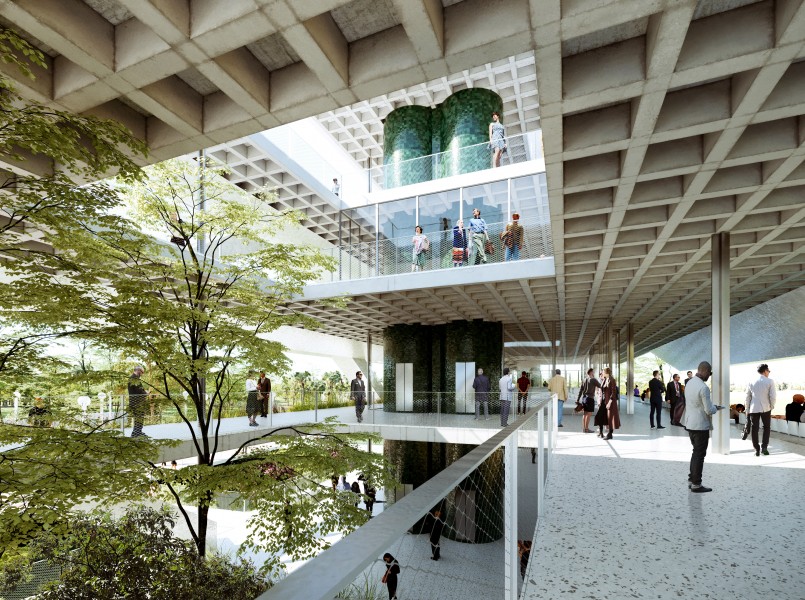 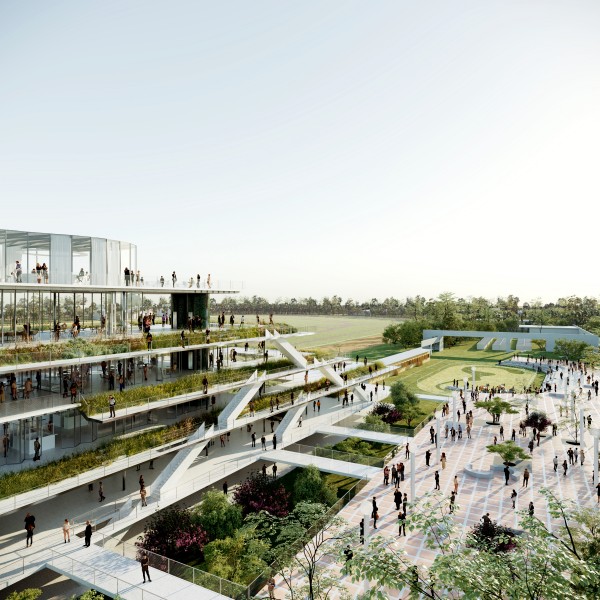 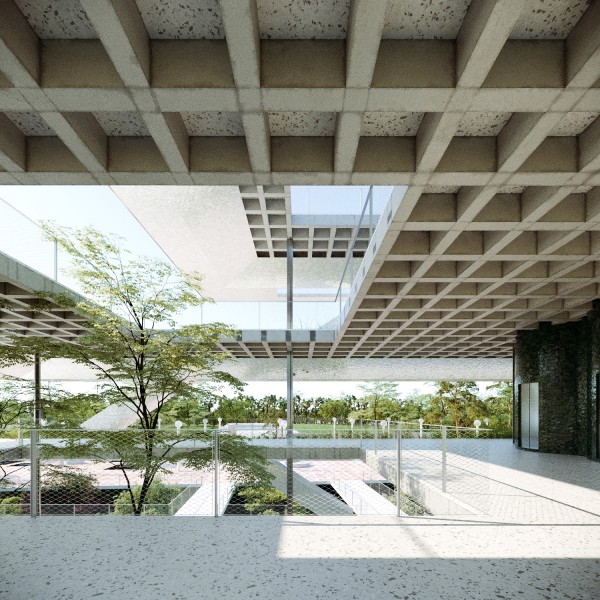 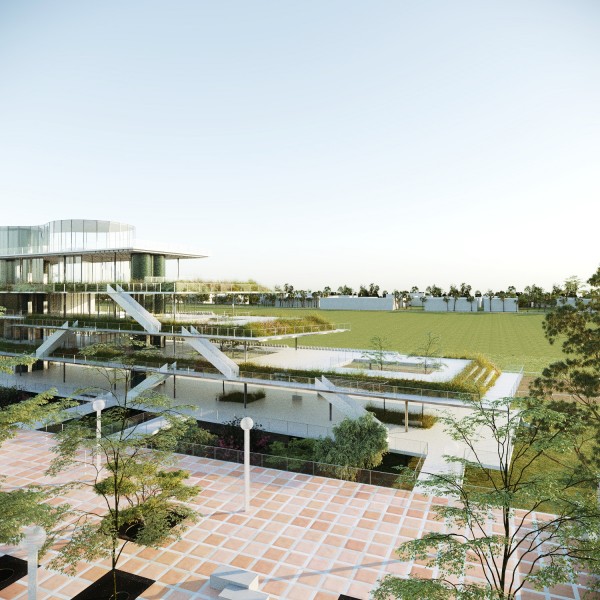 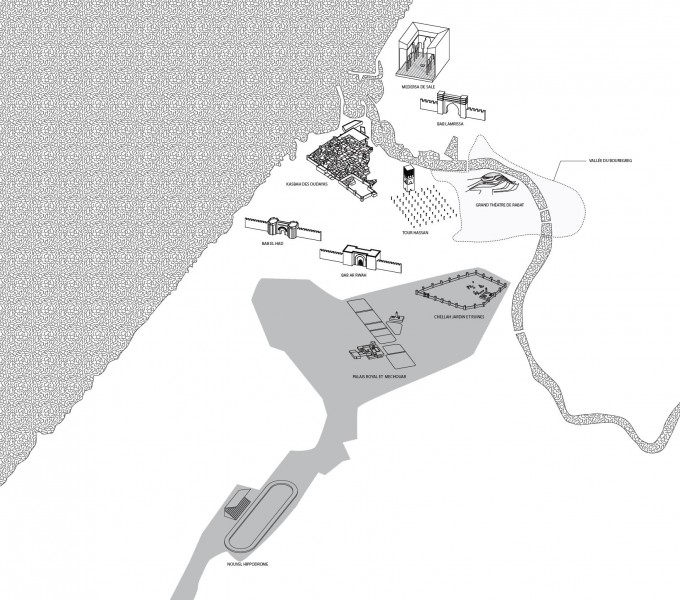 Rabat’s new racecourse was designed to be an identifiable architectural landmark in the city’s urban landscape. The different functions included in the programme, superimposed in the form of planted tiered decks or “shelves”, create horizontal lines of force which make up the emblematic form of the building. The various decks express the racecourse’s different functions: the events areas and gathering places (the betting hall, reception room and VIP lounge, restaurant and skybar), while preserving terraced outdoor spaces that enjoy panoramic views.
The layers of tiered decks extend over different lengths towards the southwest, to create cascading views and visual communication between the different functions of the programme. The new racecourse is mainly glazed – in order to highlight the functions of the racecourse and also to ensure north-west / south-east transparency on the urban scale – and is seen as an open, light, transparent, lived-in landscape. When lit up at night, it acts as an urban beacon, which forms part of the projects of Rabat, City of Light. 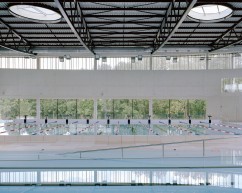 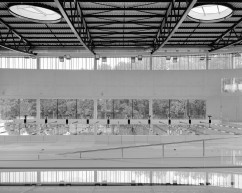 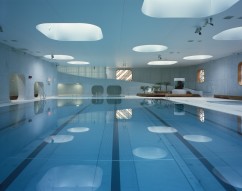 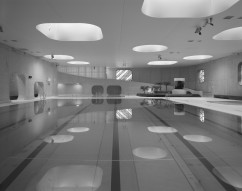 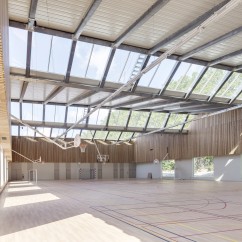 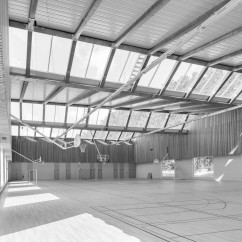 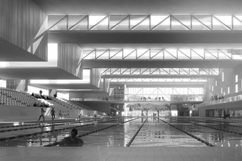