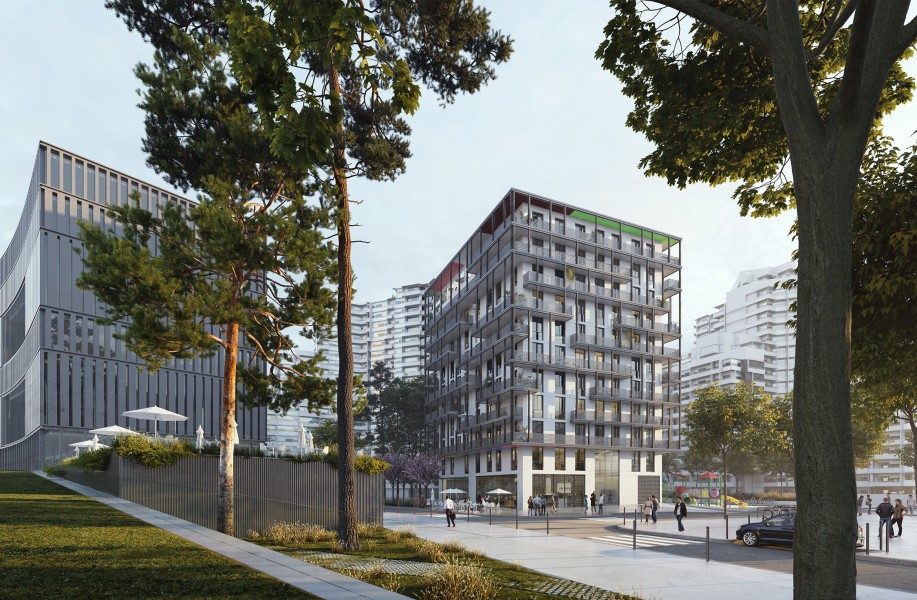 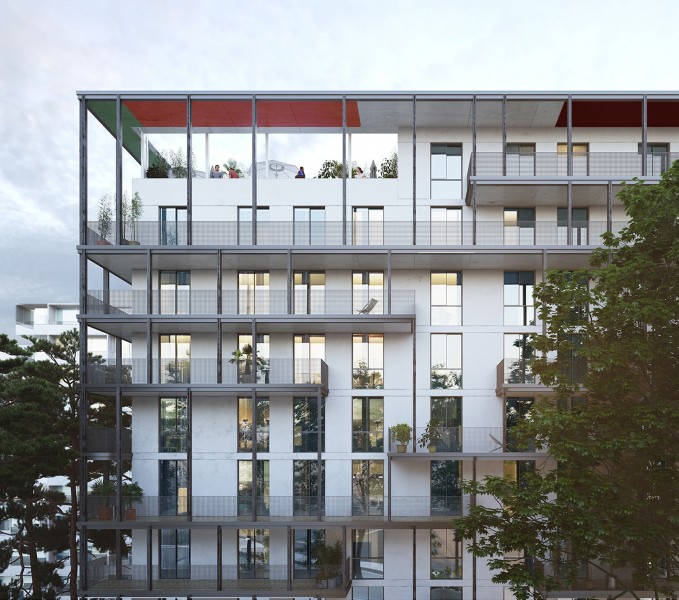 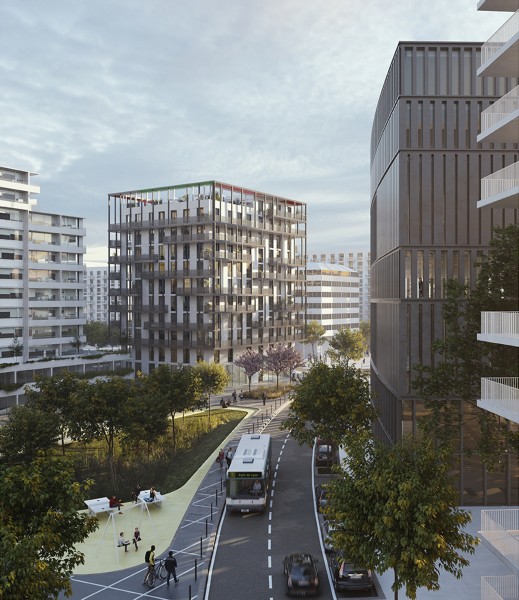 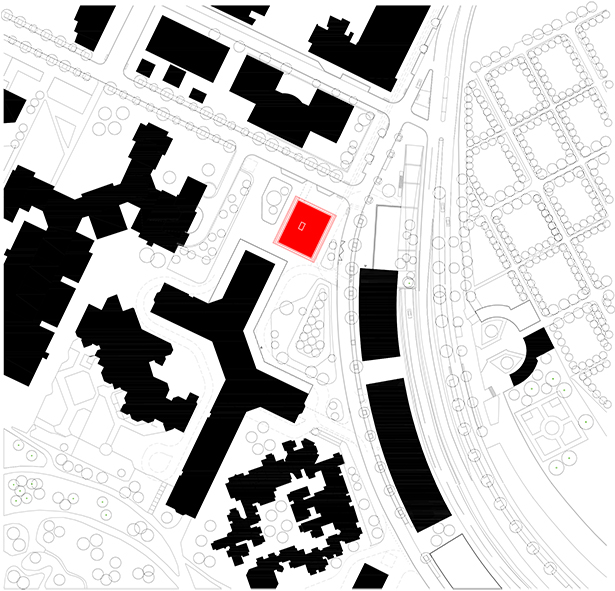 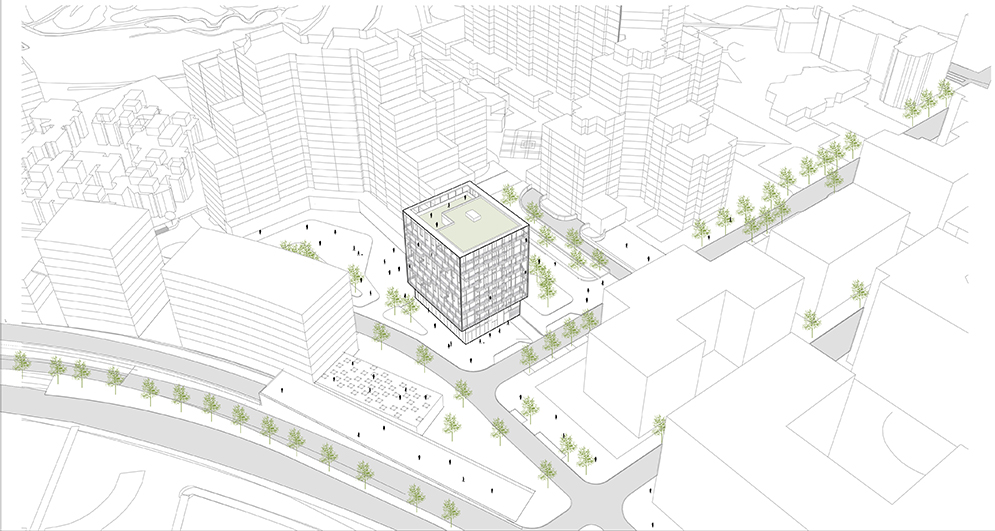 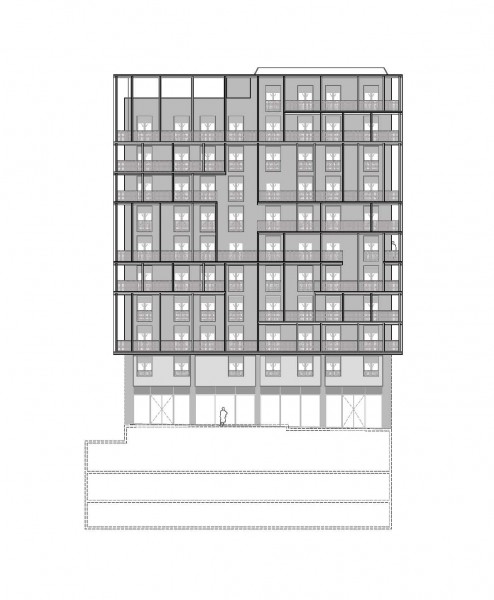 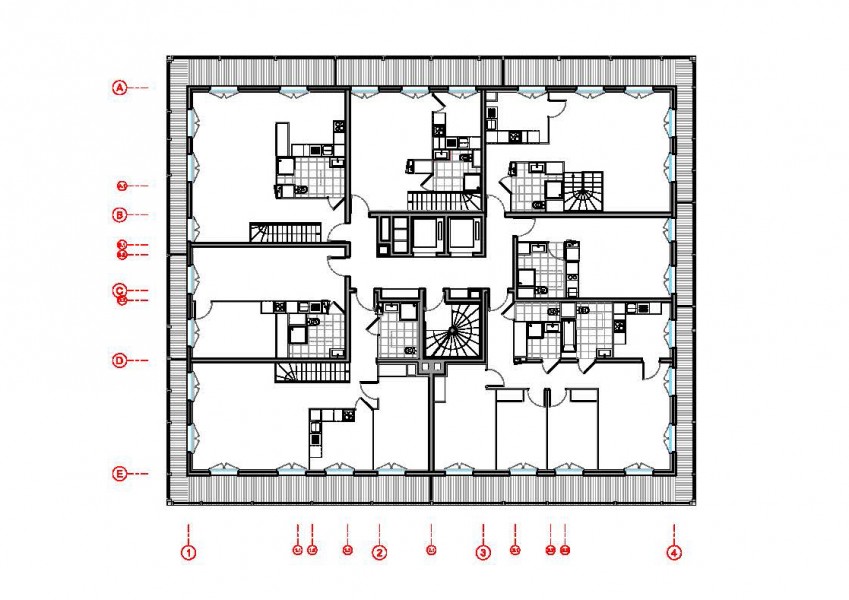 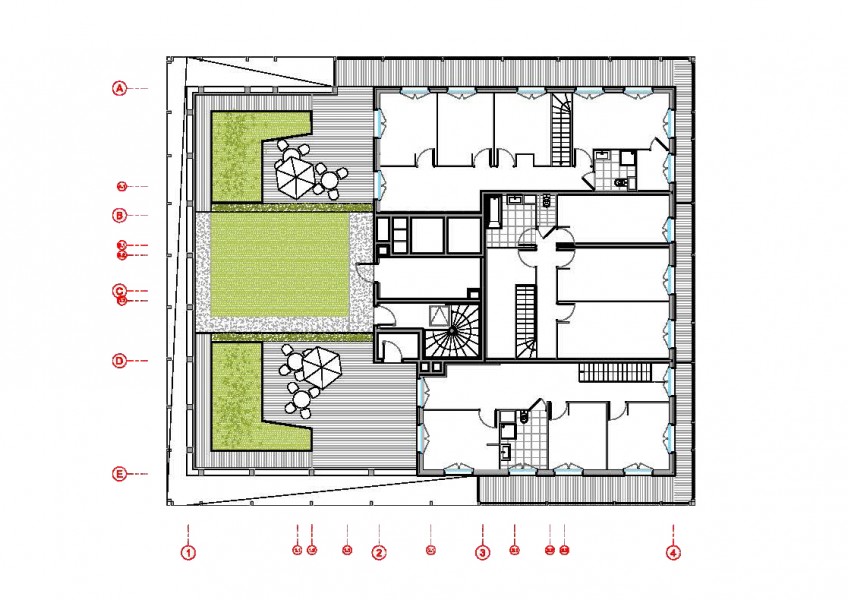 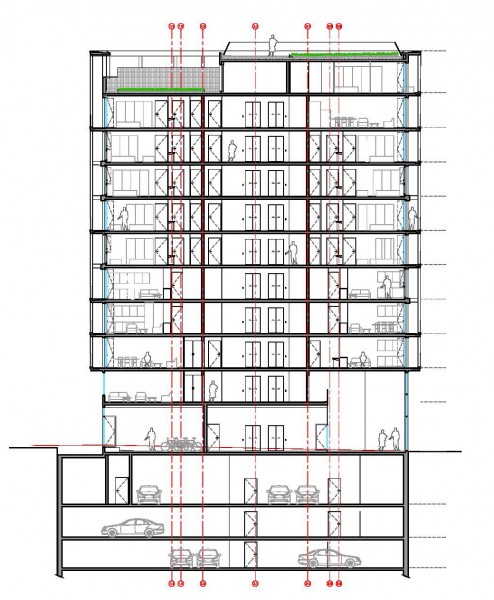 The Nanterre Croissant site is located at the interface between La Défense, Puteaux, and the neighbourhoods of Le Parc and Les Terrasses in Nanterre. A contemporary neighbourhood is taking shape on this site, in continuity with the Arche gardens and the dynamic created by the Arena, to form a new urban landscape that will reconcile the present topographies and architectures. Our scheme features simple, clear, legible massing: a timeless building which develops classic housing types with economy of form and quality of materials. The building’s central position highlights its four façades and allows complete reading of it. It is a simple block in white prefabricated concrete resin, with single-storey balconies on the façades on each floor level at the four corners of the building, and continuous two-storey balconies along the four sides. The two-storey high spaces of the balconies in the middle part of the façades lighten the building’s mass, creating an effect of urban windows. In our scheme, the building’s “prow” character and its landmark position at the entrance to the site are enhanced by the expression of the fenestration of the balconies stressed at the corners, and by the presence of timber posts which create a filter effect in front of the apartment windows. The two-storey timber posts, surface-coated with plain grey lasure, give rhythm to the façades and are part of the structure of the balconies, reinforced by the timber horizontal beams sandwiched between the posts. This structural assembly is complemented by the pattern of the guard-rails – composed of a horizontal and vertical grid of wood and metal fixed between the posts – which increases the filter effect of the balconies. The treatment of the guard-rails provides privacy from the street for the external spaces of the apartments, while allowing them to have optimal daylighting. The large full-height sliding windows accentuate the fluidity of interconnection between the internal and external spaces. To counterbalance the strong presence of the Liberté and Manhattan buildings, the scheme has sought to allow a quiet, lasting reading of the façades and to create a timeless feeling.
With its simple, ordered massing and the regular rhythm of the windows, it resonates with the building of the Ecole de Commerce, thereby creating an entrance gateway to the site, which is easily identified from Boulevard Pesaro. 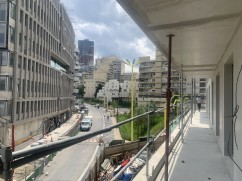 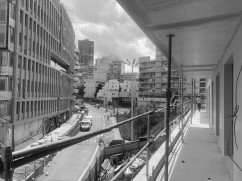 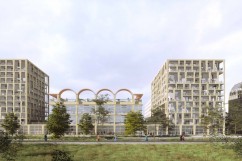 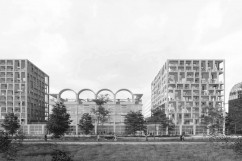 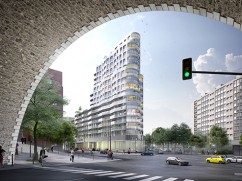 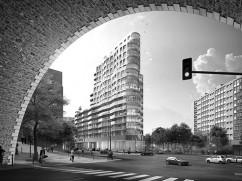 Project building on the station of Issy les Moulineaux, a 50 meters high tower. 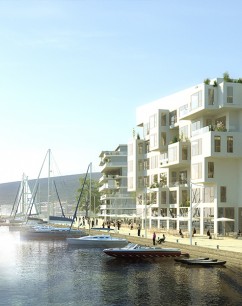 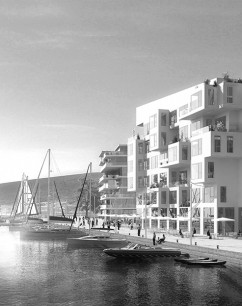 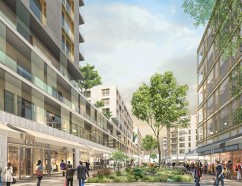 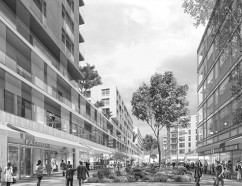 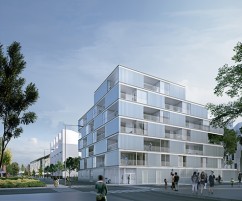 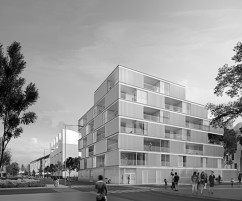 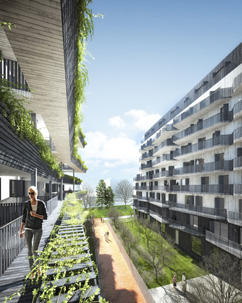 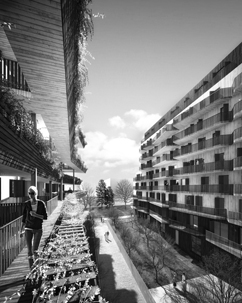 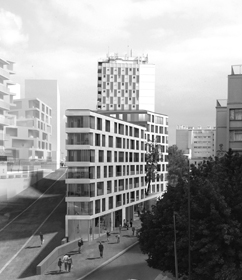